Silent Steps is one of the famous poems taken from Rabindranath Tagore’s famous poetry collection, Gitanjali, a collection of 103 poems. The poem, silent step is the 45th number poem of poetry collection Gitanjali. Although Gitanjali, in the Bengali language in which Tagore had written 157 poems on 14 August 1910, next 103 out of 157 Bengali poems of Gitanjali were translated by him during November 1912. The unique ‘impressive and universal’ poetry collection drew the subtle attention of “The people of the world” for it transparency. Since all 103 poems translated into English from Bengali poetry collection Gitanjali so its sweetness and native flavor spread are paramount. Gitanjali is mingled with philosophy, ethics, metaphysics, and patriotic smell. Indian as well as people of World consider Tagore as a man of Versatile Genius and achievement. He is called a poet for excellence. His immortal work Gitanjali has drawn his dynamic excellence in India and abroad. The central theme of the entire Gitanjali is the soul’s Voyage to eternity through the prayer of the adorer of God.


“Silent Steps” in Gitanjali as a poem number 45 reveals the immanence of God. God is immanent and omnipresent. We although can’t see the direct appearance of God yet his omnipresence looks everywhere and in every particle. All change that takes place in Nature is his own manifestation. God lives with his people all the time, in all the places in invisible form but with positive support.


Tagore says that he has a strong feeling of the arrival of God in every moment, every age, every day and every night. So in the poetical lines, he has repeated: “He comes, comes ever comes”. Tagore says that God comes through the dangerous forest path in the form of sweet fragrance in the month of even sunny and fiery April. And He comes in the form of thunder in the dark night of July. He comes along with his people even in most dreadful danger and unpantreated darkness.

God is ageless and deathless. He is all-powerful. The poet has sung many songs in all kinds of mood. He had proclaimed the truth that God has been coming since time immemorial. The poet felt the presence of God in sorrow and happiness. God did not allow him to endure pain and suffering alone. Instead, He lives and dwells with him. In sorrow after sorrow, it is the golden touch of his face that makes my job to shine.

Thus the poem Silent Steps tell the truth that God is omnipresent. All things in nature reveal his presence. We can also feel his divine touch silently in our everyday life. In the philosophical and metaphysical tone, Tagore has described eternal existence of God around us and thy continual arrival steps by steps, like the arrival of every breath compulsory to our dynamic life.

God is unbound from any restrictions. God has made us and as a metabolic artist, he loves our continual attachment so at any condition he comes to us and to all earth down. He makes us realize his continual appearance in our feeling. As continual breath or arrival and departure of breath make us realize our life just as rotation of earthly natural particle indicates us about the continual arrival of God on earth. It is the main instinct of Tagore for the appearance of God which he repeats in many lines in the poem ” Silent Steps” with the line “God comes, comes and ever comes”. Like the metaphysical tone of George Herbert, Andrew Marvell or John Donne, very wisely and prudently Tagore is adoring. God and his appearance admiring his continual attachment to his spread natural particles ” Including Man”. Although the poem “Silent Steps” is very short in length yet its inner sense is excess writ large and depth.

God is invisible but its appearance is feelable and acceptable. In our foolishness, we sometimes forget Him but in any condition He always keeps our care and for this special reason he comes, comes and ever comes to us without breaking, or without caring any natural disturbance.

This type of device is mainly used to set a stay from a high flight. A statement which is begun seriously but gradually. It ends with very light sense. It means "Beginning seriously buy ending… 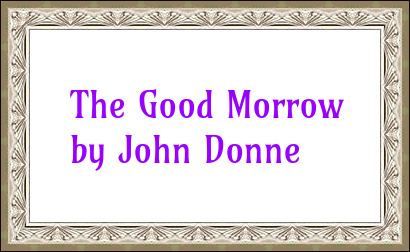